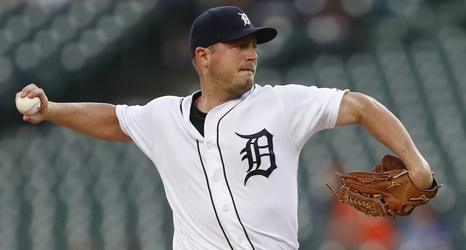 Jordan Zimmermann was shelled for nine runs as the Detroit Tigers dropped their fourth straight game to the Chicago White Sox, this one by a score of 10- 1. Some of the 15,000 fans on hand were treated to a 1984 commemorative vinyl record entitled Bless You Boys, and it was also Irish Heritage Night at Comerica Park. Those turned out to be the highlights of the evening for the hometown fans.

Zimmermann, sporting a record of 1-11 and a 6.37 ERA for the season, took the mound for Detroit, looking for his second win of the season and his first since July 29.