'We just have to flush it': Tigers bats struggle again as Indians complete sweep 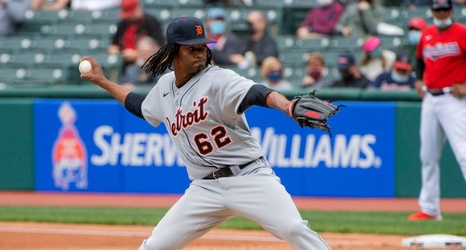 Cleveland — Coming off three straight losses, with the offense scuffling, losing both Julio Teheran (shoulder) and Miguel Cabrera (biceps strain) in successive days just three games into a 10-game trip, it would have been easy for the Tigers to drag tail into the series finale against the Indians Sunday.

Except their manager wouldn’t let them.

“This has not been a great week for us but if your chin is already down and you are already defeated after eight games, that’s a problem,” AJ Hinch said before the game.

The battle level, alas, was not the problem for the Tigers on Sunday.