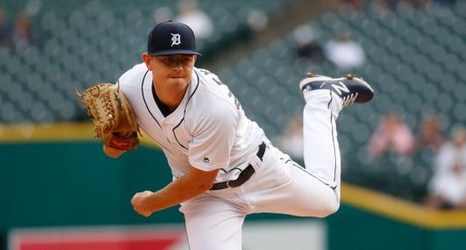 Cleveland — When Tyler Alexander walked into the clubhouse Monday after pitching six strong innings against the Orioles for his first big-league win, the first person there to greet him was Juan Nieves, his pitching coach most of the year at Triple-A Toledo.

“He was standing right there waiting for me,” Alexander said with a smile. “Right at the top of the stairs. He congratulated me, but he said, ‘That at-bat against Mancini, why did you throw that pitch? What are you doing?’”

Trey Mancini’s solo home run in the sixth inning on a 3-1, center-cut fastball was the only blemish on Alexander’s line that day.