Tigers prospect Casey Mize 'really confident,' but not taking anything for granted 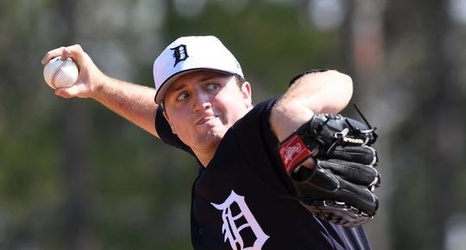 Tigers pitching prospect Casey Mize talks about getting closer to reaching the majors. The Detroit News

Lakeland, Fla. — Accepting a decision doesn’t always mean you like it.

The competitor inside Tigers top prospect Casey Mize was not exactly doing cartwheels when the club decided his season was over after his start on Aug. 17 — especially with his teammates at Double-A Erie embroiled in a playoff race.

“I was healthy at the end of the year,” Mize said Tuesday after a short workout.