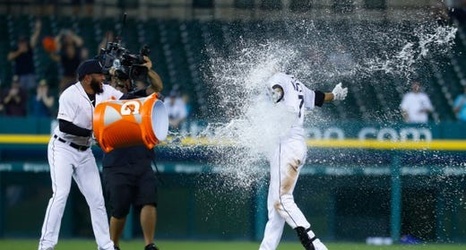 They surpassed the mark of 267 homers set by the Yankees last season. Incidentally, the Tigers won that game, 10-7.

Ten days later, again at Comerica Park and again at the expense of the Tigers pitching staff, the Yankees on Tuesday also hit six home runs — retaking their home run record, at least temporarily, with 276. The Twins had one in their 5-0 win over the Nationals are tied with 276.