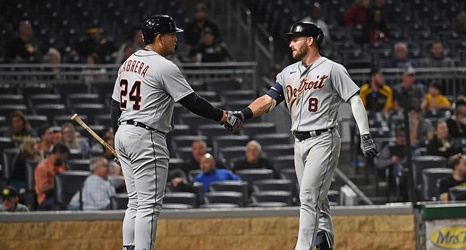 Big nights at the plate from Miguel Cabrera and Robbie Grossman powered the Tigers to a win in Pittsburgh, avoiding the series sweep with a 5-1 victory on Wednesday night.

Matt Manning got the start in this one, and it was a good one, if abbreviated. After a leadoff single from Ke’Bryan Hayes, Manning got Yoshi Tsutsugo on a fly ball and then struck out both Brian Reynolds and Colin Moran swinging over sliders to wrap the first inning. In the second, Ben Gamel led off with a ground-rule double and eventually scored on a Kevin Newman single.