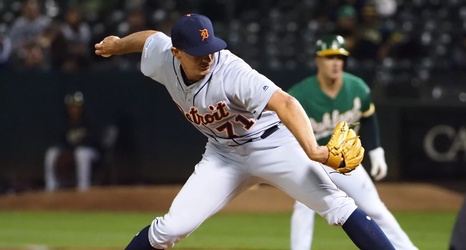 A “home” game in Oakland, the evening’s regularly scheduled festivities, and eventually an extra innings victory treated Detroit Tigers fans to a strange kind of baseball double-dip in Oakland on Friday night.

At long last, in a result nearly four months in the making, the Tigers dropped the finale of their spring home series with the Oakland Athletics by a 7-3 mark on Friday evening. Play was suspended on May 19th due to heavy rain at Comerica Park. As a result, the continuation of this game was considered a “home” game for the Tigers despite taking place at Oakland Coliseum.