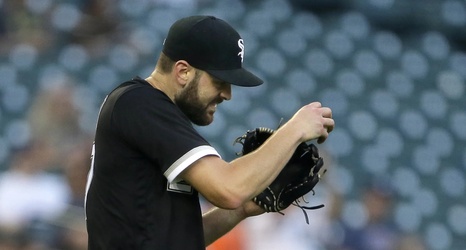 It feels like only yesterday (or perhaps last weekend) that I was writing a recap featuring the Chicago White Sox and a Tarik Skubal/Lucas Giolito matchup. I suppose that’s what happens when two teams face each other this often, but the outcome was a little different this time.

As the Detroit Tigers kicked off their Weclome Back Weekend and Pride Night all in one, there was a really amplified vibe in the stadium. The broadcast crew were hanging out in right field, tossing t-shirts and caps. Al Avila stopped by to assure fans the future looks bright and that he’s just as excited about Riley Greene as we are.