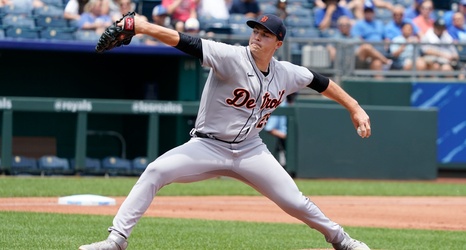 Kansas City, Mo. — The last time the Tigers swept a series in Kansas City, Justin Verlander, Drew Smyly and Rick Porcello were chucking. That was in 2014.

It’s happened again, seven years later, this time with a couple of rookies taking lead on the mound. After Casey Mize subdued the Royals Tuesday night, lefty Tarik Skubal both finessed and powered his way through six strong innings Wednesday as the Tigers completed the three-game sweep with a 6-5 win at Kauffman Stadium.

"They're growing up fast, aren't they?" manager AJ Hinch said after the game.