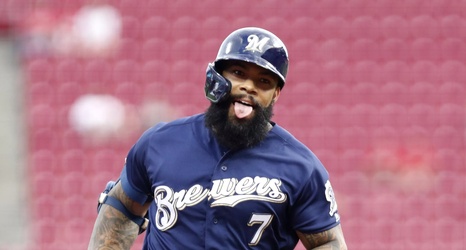 Now that the World Series has concluded and the Washington Nationals stand above everyone else in Major League Baseball, the time has come for teams to start making roster moves with an eye towards 2020. The Milwaukee Brewers once again found themselves in the playoffs this past year, but bowed out to the eventual world champions in the National League Wild Card game. As they look to get back to the playoffs and make a run at some bigger names in free agency, tough decisions will have to be made about their roster, and one of those has already been made in the form of declining the option on Eric Thames’ contract.