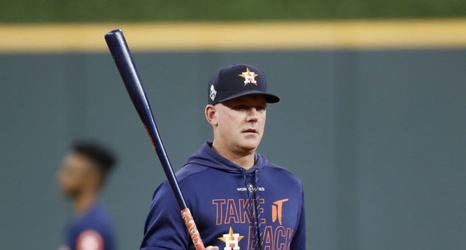 HOUSTON, TEXAS - OCTOBER 29: AJ Hinch #14 of the Houston Astros looks on during batting practice prior to Game Six of the 2019 World Series against the Washington Nationals at Minute Maid Park on October 29, 2019 in Houston, Texas. (Photo by Tim Warner/Getty Images)

Player development will be pivotal for AJ Hinch. Here’s a few examples that paid off.

On September 28, 2014, the Detroit Tigers clinched the last of their four-straight American League Central titles with a 3-0 shutout win over Minnesota. The next day, the Houston Astros surprised many in baseball by hiring AJ

Hinch, who served as the interim manager of the Arizona Diamondbacks in 2009 before being fired 79 games into his first full season a year later.