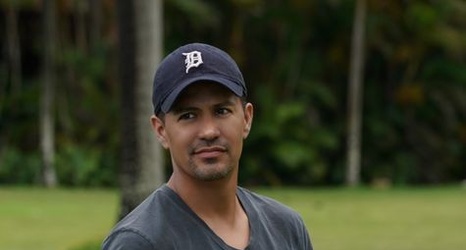 "Magnum P.I." is back in a brand new reboot, Mondays this fall on CBS. CBS

The Detroit Tigers may be languishing in the middle of the American League Central Division as they undergo rebuilding, but never mind that.

The team's iconic baseball hat is still first in the heart of "Magnum P.I."

The CBS reboot of the classic Tom Selleck series premieres at 9 p.m. Monday, and though some things have changed, some remain the same.

The action still takes place in Hawaii, and the new lead actor, Jay Hernandez, has Thomas Magnum's magnetism and sense of humor — but he's missing the mustache.