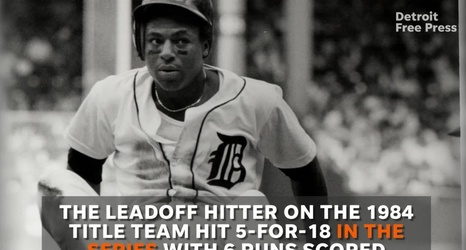 When Alan Trammell hopped on a plane from San Diego to the 2017 Winter Meetings in Orlando, he wasn’t thinking about being elected to the Baseball Hall of Fame.

Trammell was one of 10 players on the first-ever Modern Era Committee ballot, along with formerDetroit Tigers teammate Jack Morris, but he didn’t bring any nice clothes, because he didn’t think he'd be elected.

“Honestly, I really wasn’t,” Trammell said. “I didn’t think mine was going to happen and people might think, ‘Oh, you know what,’ but I’m being honest.