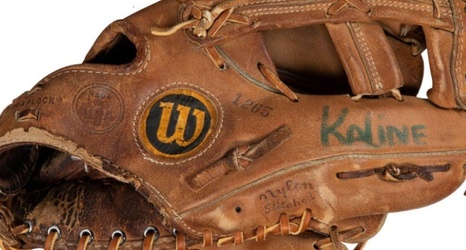 Hundreds of pieces of late Detroit Tigers legend Al Kaline's memorabilia collection, ranging from his Gold Gloves to his golf clubs, will be auctioned off next month at the request of No. 6 himself.

Dallas-based Heritage Auctions announced Thursday that the 400-plus-item lot will be up for bid as the centerpiece of its fall sports collectible auction, which runs from Nov. 18-20.

Included in the Kaline lot are items such as the 1968 World Series replica trophy presented to the team members at the 50th anniversary celebration, his 1984 World Series championship ring, American League championship rings given to him after the 2006 and 2012 seasons, 10 Gold Glove awards, several game-used balls, jerseys, bats and gloves, and even multiple golf bags and clubs belonging to the longtime member at Oakland Hills Country Club.