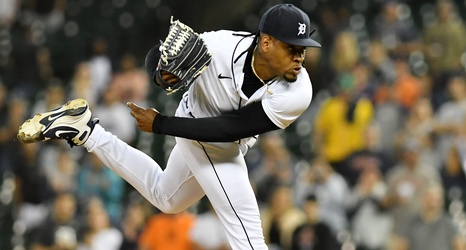 Detroit — He did it again Wednesday night. Gregory Soto closed out a game so overpoweringly, so efficiently and without drama, it was almost over before it started.

The Tigers were up 8-6. Soto faced pinch hitter Yan Gomes, former Tiger Josh Harrison, who already had three hits, and Starling Marte, who homered and had two hits. Maybe not Murderers' Row, but not chopped liver, either.

Soto dispatched Gomes with a 99-mph sinker, an 89-mph slider and a 99-mph four-seamer. He needed three pitches to dust Harrison — 100 mph, 99 mph and then a slider at 89 mph that had him so far out front, all he could do was pop it up.