Jim Leyland tries to stay out of Detroit Tigers' way; has idea on how to speed up baseball 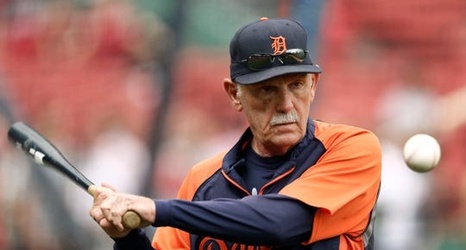 Today's profile is on Jim Leyland:

How we remember him

Following 12 consecutive losing seasons, the Tigers hired the Perrysburg, Ohio, native as manager after the 2005 campaign. In his first year, Leyland won his third manager of the year award after the Tigers captured the American League pennant before falling to the Cardinals in the 2006 World Series.

In eight seasons guiding the Tigers, he compiled a 700-597 record while the team won the Central Division three straight years (2011-2013) and made a second World Series appearance in 2012, when they were swept by the Giants.