Jeimer Candelario a repeat winner of Tiger of the Year honors 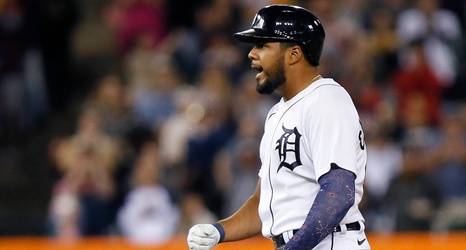 Detroit — For the first time in eight years, there is a repeat winner of the annual Tiger of the Year award, voted on and presented by the Detroit chapter of the Baseball Writers Association of America.

Jeimer Candelario, a runaway winner in 2020, edged out both Jonathan Schoop and Robbie Grossman to become the first player since Miguel Cabrera in 2012 and 2013 to win the award in consecutive years.