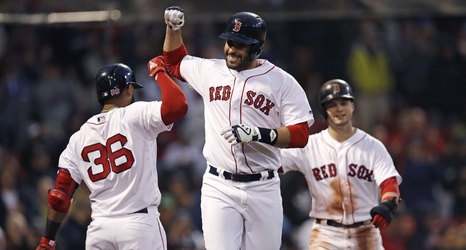 Xander Bogaerts also homered for the Red Sox, who have won six of eight and hold the best record in the majors at 42-19.

Nicholas Castellanos doubled in the first and singled in the third off Wright.