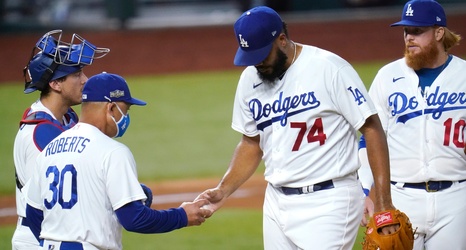 Arlington, Texas — In a season that’s gone exceedingly well for the Los Angeles Dodgers, a late problem that popped up is causing a lot of concern: Can they still count on Kenley Jansen as their closer?

That has become an uncomfortable question for manager Dave Roberts and the Dodgers as they prepare for another NL Championship Series. Especially with something seemingly not right with the reliever who for so long was the obvious answer when it came to finishing playoff games.

“I’m very sensitive to what he has accomplished on the baseball field, as a closer and as a perennial All-Star, but we also have to look in real time, and do what’s best for the Dodgers,” said Roberts, though the manager hasn’t been ready to make a definitive declaration about Jansen’s role.