Hardy is in search of his third game of the year as the Tigers battle the red-hot Red Sox. 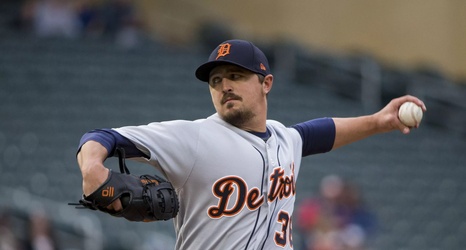 I’m still amazed by what Blaine Hardy has been able to do this season. Sure, it has only been four starts — and four starts against fairly mediocre offenses, to boot — but Hardy has successfully transitioned from the bullpen to the rotation. Better yet, he has done so at 31 years old with a fastball that barely scrapes 90 miles per hour.

Even better still is that Hardy has figured out how to be more efficient. He threw just 85 pitches in his dominant seven-inning outing against the Chicago White Sox, and was able to work six frames against the Toronto Blue Jays in 88 pitches — and would have been better were it not for four walks.