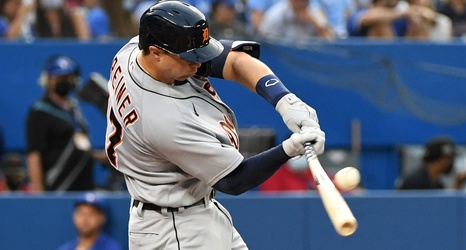 After the Tigers removed Greiner from the 40-man roster, the 29-year-old cleared waivers Monday and decided to test the open market. He hit .236 with one home run, seven RBIs, nine walks and 31 strikeouts across 31 games in 2021.

Had the Tigers not cut Greiner, he would have received roughly $800,000 in salary arbitration, according to projections from MLB Trade Rumors. The Tigers decided Greiner wasn't worth keeping around for that price, so they cut him ahead of Tuesday's 8 p.