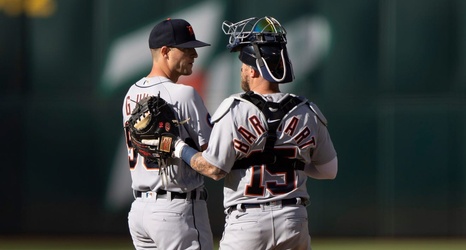 The Tigers placed Rodriguez, who signed a five-year, $77 million contract in November, on the restricted list June 13, as the pitcher tended to a marital issue.

Approximately 10 days ago, Rodriguez and Tigers manager A.J. Hinch talked on the phone with each other, general manager Al Avila said Saturday.

JEFF SEIDEL:Spencer Torkelson: 'I kind of lost it in Detroit'

Rodriguez will remain on the restricted list until he takes the mound for the Tigers.