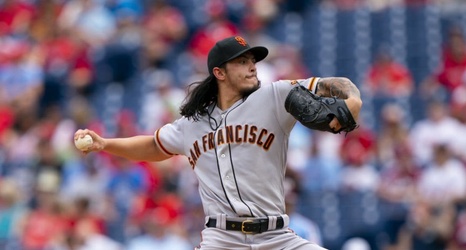 PHILADELPHIA, PA - AUGUST 01: Dereck Rodriguez #57 of the San Francisco Giants throws a pitch in the bottom of the first inning against the Philadelphia Phillies at Citizens Bank Park on August 1, 2019 in Philadelphia, Pennsylvania. (Photo by Mitchell Leff/Getty Images)

It was a busy Trade Deadline, and the Tigers got in on the action.

The Tigers today have claimed RHP Dereck Rodríguez off waivers from the San Francisco Giants and optioned him to the alternate training site. Rodriguez is the son of Hall of Fame catcher and former Tiger Iván Rodríguez.