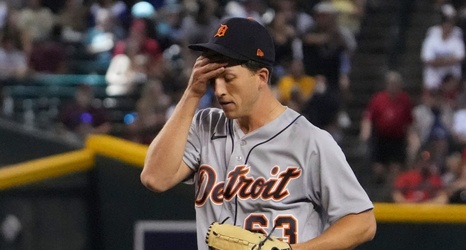 Beau Brieske grew up watching baseball games at Chase Field. Brieske, a native of Chandler, Arizona, returned to his hometown ballpark this weekend with the Detroit Tigers.

In Sunday's series finale, the 24-year-old stood on the mound and pitched in front of his family and friends. The Diamondbacks crushed Brieske for five runs. He didn't escape the fourth inning.

Offense wasn't at a premium for either team.

The Tigers allowed five runs in the sixth inning — all against right-handed reliever Will Vest — which led to an 11-7 loss after back-to-back wins in the three-game series.