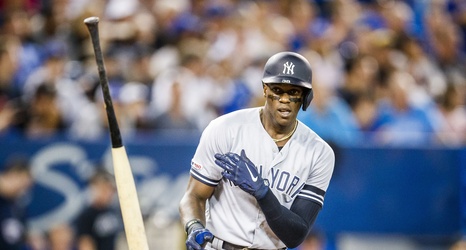 It was announced on Wednesday afternoon that the Tigers have signed outfielder Cameron Maybin to a 1-year, $1.5 million dollar contract. The corresponding move to make room for Maybin on the 40-man roster was placing Micheal Fulmer on the 60-day injured list, meaning there isn’t a need to designate anyone for assignment and remove them from the roster yet.

Maybin was excellent in a fourth-outfielder role for the Yankees in 2019. He batted a completely respectable .285/.364/.494 line through 82 games. Those numbers were boosted by a high batting average on balls in play (his BABP-adjusted batting average is a mere .