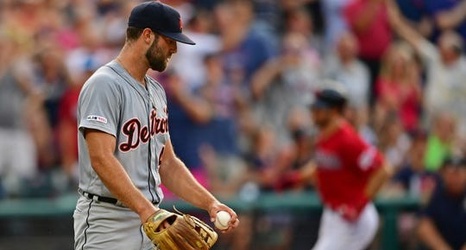 CLEVELAND – Oscar Mercado hit his second home run of the game – a leadoff blast in the seventh inning – and the Cleveland Indians continued to dominate Detroit with an 8-6 win over the Tigers on Monday night.

Mercado, who came into the game in a 1-for-25 skid, homered into the bleachers in left field off Victor Alcántara (3-2) to break a 5-all tie. Mercado also hit a solo home run off Detroit starter Daniel Norris in the fifth.

The Indians have won nine of 10 against the Tigers this season, including eight in a row.