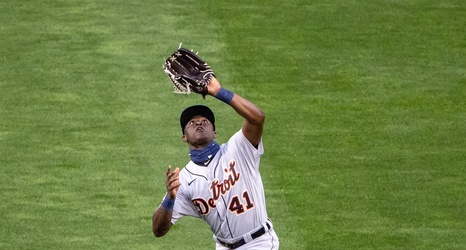 Hill is dealing with a right shoulder sprain, while Holland has left shoulder inflammation.

Hill injured his shoulder in the first inning of Wednesday's 9-6 loss to the Seattle Mariners. He made a leaping catch in center field, crashed into the Comerica Park wall and fell to the warning track. When Hill, 25, smacked into the wall, his shoulder took the impact.