Detroit Tigers observations: The defense was bad, and then the game got embarassing 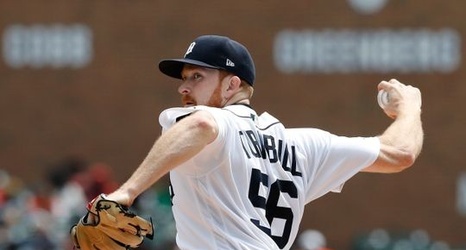 It hasn’t been a good week for the Detroit Tigers.

They haven’t won a game — and haven’t even led for an inning — and were thoroughly shellacked again on Thursday afternoon by the Athletics, 17-3.

It was difficult to watch.

Poor defense in the top of the third inning turned into six runs, when, a pair of failed double-play attempts led to a Jurickson Profar grand slam to right.

The slam was allowed by rookie right-hander Spencer Turnbull, who took the loss. Turnbull’s day was short — he threw four innings and became the fourth Tigers pitcher in four games not to reach the fifth — but five of his runs were unearned.