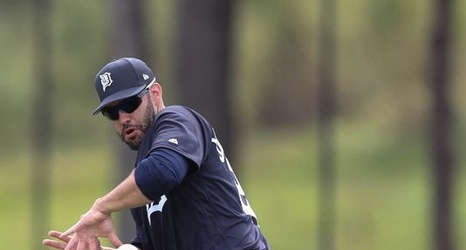 Detroit Tigers third baseman Isaac Paredes was nearly the hometown hero Saturday in Game 7 of the Mexican Pacific Winter League championship series. Jogging around second base, he pounded his chest eight times. His teammates celebrated with him upon his return to the dugout.

Moments earlier, with Naranjeros de Hermosillo trailing 6-3 to Tomateros de Culiacán in the bottom of the seventh inning, the 21-year-old stepped into the batter's box with runners on second and third base with two outs.

Reliever Carlos Torres missed the strike zone with his first two pitches in the at-bat.