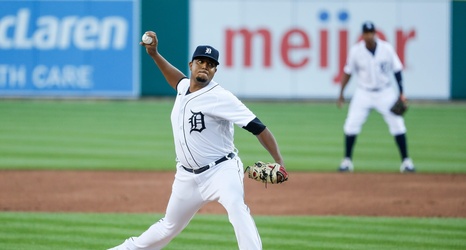 Detroit Tigers right-handed pitcher Rony Garcia is back to full health after a season-ending left knee injury in June. He made his second start last Thursday, and first in the postseason, for Estrellas de Oriente in the Dominican Winter League.

Garcia was restricted in his pitch count but fired four scoreless innings in an 8-0 win over Gigantes del Cibao. He allowed one hit and two walks with four strikeouts. The 24-year-old threw 36 of 56 pitches for strikes and punched out Carlos Paulino, Jose Siri, Henry Urrutia and Marcell Ozuna.