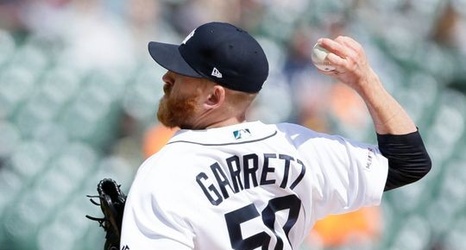 There was one roster casualty after the Detroit Tigers' blowout loss to the Athletics on Thursday afternoon, one that was a long time coming: Right-hander reliever Reed Garrett, the Tigers’ Rule 5 Draft pick in December , was designated for assignment.

Garrett allowed four runs on four hits in an inning of work, ballooning his ERA to 8.22 and his WHIP to 2.41. Garrett, 26, was selected from the Rangers with the No. 5 pick in the Rule 5 Draft.

Garrett will now be placed on waivers. If he clears, the Tigers will have to offer him back to the Rangers for a price of $50,000.