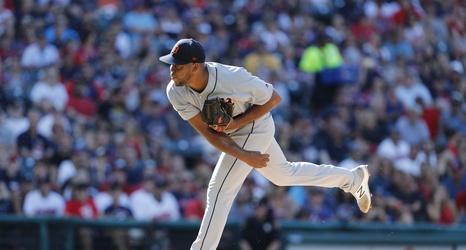 The move to bring Baez up to the majors comes after the Detroit Tigers announced that Rule 5 Draft Pick Reed Garrett would be cut. The Tigers’ bullpen has been in bad shape as of late and Garrett has been one of the worst performers this year coming out of the pen.

The righty allowed four runs in just one inning of work in Thursday’s blowout loss and ends his Detroit Tigers career with an 8.22 ERA. As MLive’ Evan Woodbery reports, being a Rule 5 Selection, Garrett could not be directly sent to the minors so being DFA’d means being put on waivers for the 26-year-old.