Detroit Tigers, Andrew Chafin strike out the side in 8th, still lose 8-4 to Cleveland 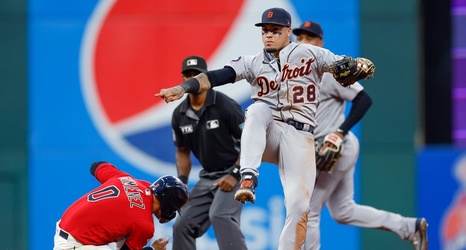 Haase flipped off his mask and scanned the dirt around home plate. He didn't know where the ball went until Chafin pointed to the backstop — the two-strike slider had bounced off home plate, under the swing of Cleveland hitter Luke Maile, and skittered off to Haase's right — but it wouldn't have mattered anyway. The ball had skipped too far away, and Maile was already well on his way to first base on the third strikeout of the eighth inning.