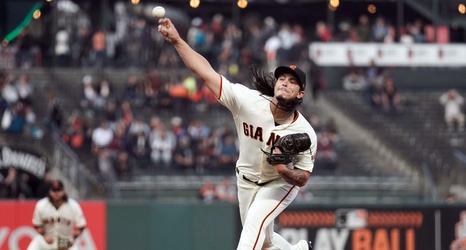 The Detroit Tigers have claimed right-handed pitcher Dereck Rodriguez off waivers from the San Francisco Giants and optioned him to the alternate training site at Fifth Third Field in Toledo, the team announced Monday.

Rodriguez is the son of former Tigers catcher and Hall of Farmer Ivan (Pudge) Rodriguez, who played 21 seasons and five with Detroit from 2004-2008.

He is expected to provide depth in Toledo to combat the season-ending forearm injuries sustained by right-handed pitching prospects Matt Manning and Alex Faedo.

Dereck Rodriguez was designed for assignment by the Giants on Aug.