Detroit Tigers: A look back on the career of Tony Phillips 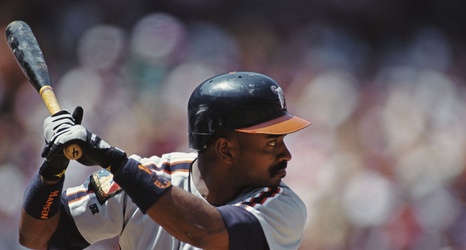 When I was a kid, Tony Phillips was one of my favorite players to watch bat for the Detroit Tigers. I’ll admit, the biggest reason was his batting stance. The way he crouched down and did that big bat waggle got me every time. When playing baseball with my friends, I would often try to imitate that stance, though admittedly, the results I got with it were vastly different than his.

Let’s not forget, though, that Phillips was a pretty good player, too. He is known by fans today as the Ben Zobrist of his era, a guy who could play many different positions while being a solid contributor with the bat.