Cleveland 5, Detroit 2: Could someone please wake up the bats? 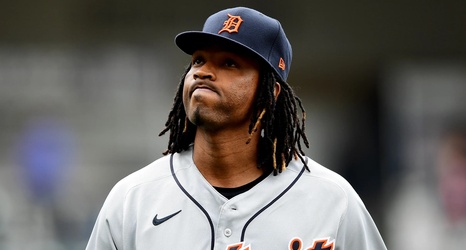 The first two matches of the Cleveland-Detroit series were ugly, lopsided affairs in favour of the Cleves. Going into today, the question on the minds of the Detroit Tigers faithful was, Will the rubber-match contest be any different?

In a word: sort-of. While the Ohioans’ score didn’t dabble in double-digitry this time, the Michiganders’ bats stayed silent and the Tigers slid to 3-6 on the season with a 5-2 loss.

The Tigers made the first notch on the board, with a Jeimer Candelario single scoring Robbie Grossman. After a Wilson Ramos walk to load the bases, the “sad trombone” was cued-up as Jonathan Schoop stepped into the batter’s box, and was summarily played as Schoop struck out to end the inning.