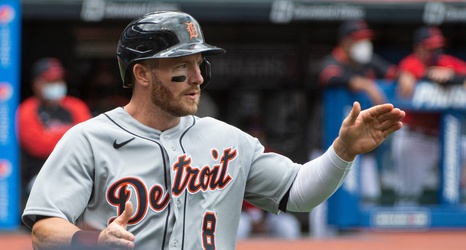 The Detroit Tigers went 13-for-91 at the plate in their three-game series, a mere .143 batting average, and got swept by Cleveland on Sunday in a 5-2 loss at Progressive Field.

Along with dropping four straight games , the Tigers (3-6) dug themselves into a deeper hole at the conclusion of the first of three legs in a 10-game road trip. After starting the season 2-0, Detroit has lost six of its past seven. They scored one run in the first game, three in the second and two in the finale.