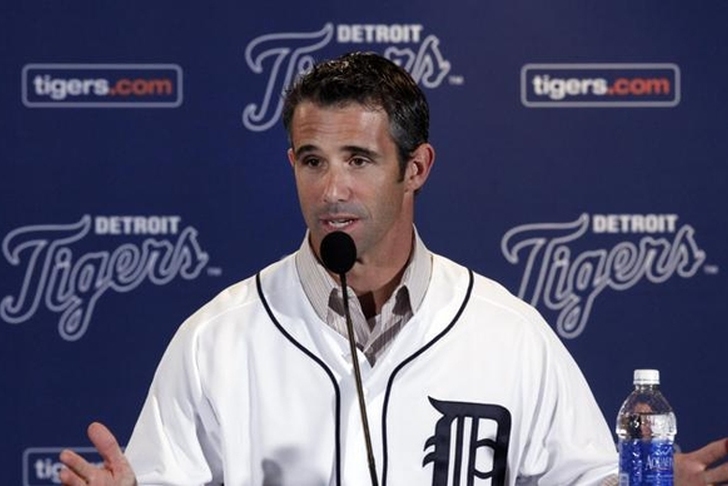 The Detroit Tigers' nightmare season appears to have claimed a victim on the bench as manager Brad Ausmus will reportedly be fired by the team at the end of the 2015 season, per Detroit's Local 4's Bernie Smilovitz.

A longtime MLB catcher who spent three years of his 18-season career with the Detroit Tigers (1996, 1999-2000), Ausmus posted a 90-win season and an AL Central championship last year before watching his star-studded squad sputter to a 64-75 record so far in 2015.

Reports out of Detroit indicated that new GM Al Avila wants his own handpicked manager going forward, making Ausmus a lame duck until the season ends in a few weeks

There have been concerns raised about Ausmus' managerial prowess ever since he took over for Jim Leyland after the 2013 season. Those criticisms reached a fever pitch when the Tigers were swept out of the AL Divisional round last year by the Baltimore Orioles.

That was only further exacerbated by the team's snail-slow start to the 2015 season -- a start that ultimately led to the trades of starting pitcher David Price, reliever Joakim Soria and outfielder Yoenis Cespedes. Cespedes is now garnering NL MVP consideration after a scorching month-plus with the New York Mets.

Amid a flailing offense and a generally flat feeling around the club, the Tigers have decided to initiate an overhaul and remove Ausmus from the manager's chair at season's end. His forthcoming exit will be the second high-profile one for Detroit this year, as Dave Dombrowski was released from his Tigers contract earlier this year and was replaced by the aforementioned Avila.

Dombrowski is now the President of Baseball Operations for the Boston Red Sox.