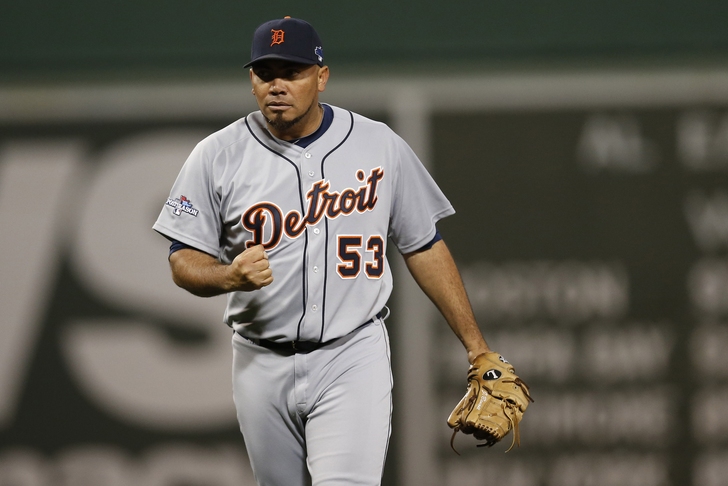 In today's Tigers trade rumors and news update, familiar face Joaquin Benoit is coming up in speculation as the Detroit Tigers look to the trade market for pitching help.

Here's Ryan Dunne of iSportsWeb with his reasoning for why the Tigers should target the now-San Diego Padres relief pitcher:

Bringing Benoit back to Detroit would probably cost a lot if you are Dombrowski and are desperate to get some help. The Tigers are desperate for stability, and the Padres know it.

Right now, the Tigers currently have one of the worst bullpens in baseball with closer Joe Nathan being the highlight and not in a good way. But there is some hope as Nathan seems to have found his groove a little bit which is something Detroit hoping stays true. But if Nathan goes back to struggling, having Benoit ready to go back to his closing duties is something he would be prepared for.

Benoit is pitching to a 1.86 ERA in 38.2 innings pitched in 2014. Projected over a full season, it would be just the second time in fourteen-year career that he's posted an ERA under 2. His value is skyrocketing right now because of the glut of contenders with weak bullpens, so the Tigers might have to pounce on facilitating a reunion as soon as possible if that's the direction they choose to go.