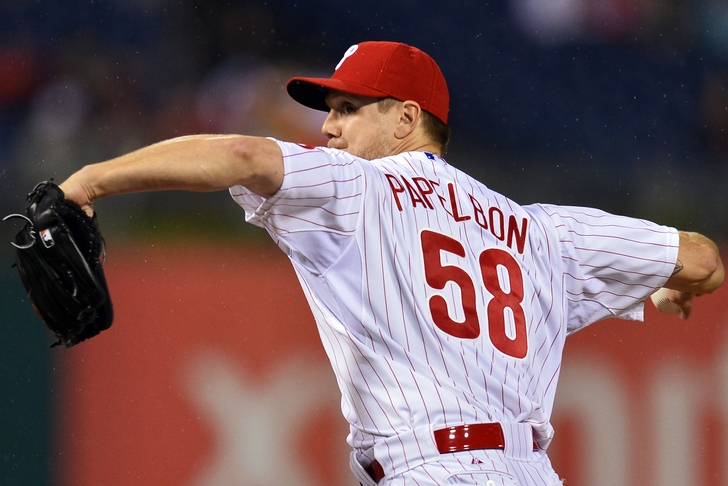 In today's Tigers trade rumors and news update, one respected baseball writer has just proposed a blockbuster trade that would land the Detroit Tigers two of the Philadelphia Phillies' most valued commodities for a bevy of prospects.

Here's Jon Heyman of CBS Sports with his suggestion for a deal that could change the landscape of the American League in one fell swoop:

This trade proposal is nothing more than a suggestion at this point: The Phillies should move Jonathan Papelbon and Jimmy Rollins plus cash to the Tigers for prospects.

I haven't heard this, beyond from executives not with either of those teams. But I like it.

The Tigers are a very nice team with World Series aspirations and a couple questions. Papelbon isn't quite what he was when he was throwing 98 mph, but he's still pretty good. He would shore up the back end of a bullpen that's pretty iffy at the moment.

Rollins can still play a mean shortstop. While he isn't the offensive threat he was, he isn't bad at all.

Heyman argues that such a move could move the Tigers onto the same level as the A's and Angels, giving them ammunition to battle through a stacked American League field this fall.

Whether Tigers general manager Dave Dombrowski and owner Mike Ilitch would be willing to suggest such a deal is a matter of conjecture at this point.