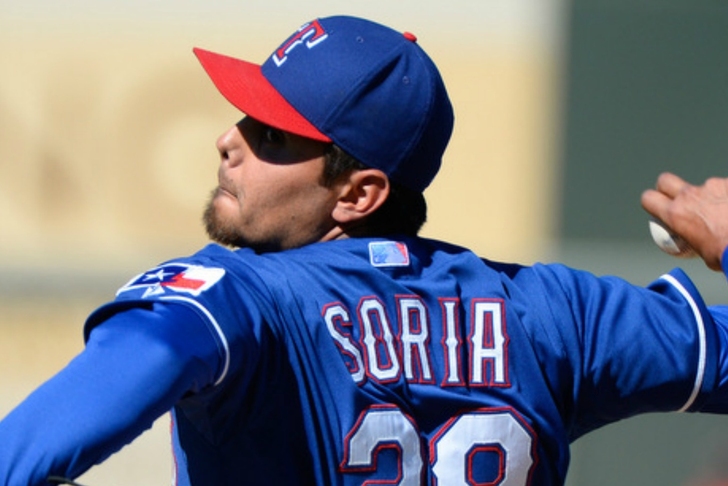 In today's Tigers rumors and news update, the Detroit Tigers could still be looking for a left-handed reliever in the last couple days before the July 31st non-waiver trade deadline.

According to MLB.com, general manager/president Dave Dombrowski might not be done trading for bullpen help after the team acquired Joakim Soria last week.

“Our bullpen has been a situation that has been our major focus and, I guess, would continue to be our major focus if we are going to do something,” Dombrowski stated. “I’m not sure if we will or will not, but we’re still open-minded to it.”

The Tigers' GM is aware of the struggles the bullpen has faced so far in 2014...something that is informing his mindset in the waning hours of the open trade market.

“Our bullpen has scuffled at times,” Dombrowski said. “I think that a real key is you want to have people out there who put up zeros for you, that can put down shutdown innings and also throw strikes on a consistent basis."

“We’ve scuffled, not everybody, but a lot of guys collectively at that. Again, we remain open-minded if something happens that makes sense to make us better before the Trading Deadline.”