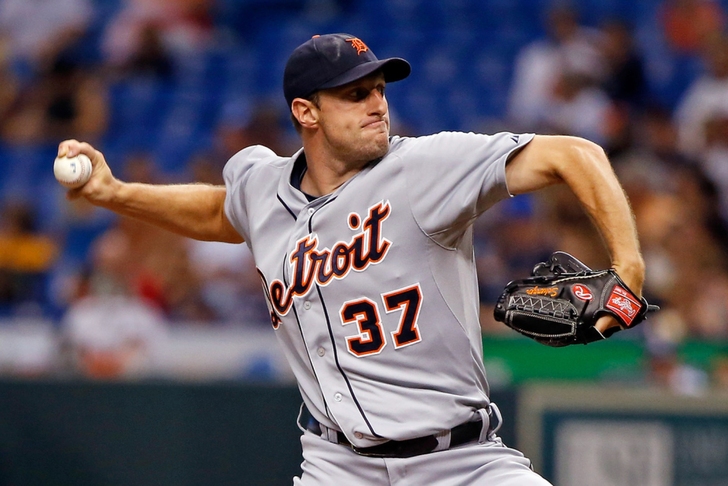 The Tigers have already made some major deals, but they might not be done just yet...here's the latest on Max Scherzer:

Scherzer reportedly isn't close to signing with anyone, but there's an interesting wrinkle - Jason Beck of MLB.com reports the Tigers will have the chance to match any offer for Scherzer because of the close ties between agent Scott Boras and Detroit owner Mike Ilitch. This doesn't guarantee Scherzer sticks around - far from it - but it gives Detroit a card to play if Scherzer accepts an offer in the Tigers' price range. That was the good news - on the other side of things, Beck also reports that the Tigers aren't actively pursuing Scherzer at this time and don't expect him to be in Detroit next season.