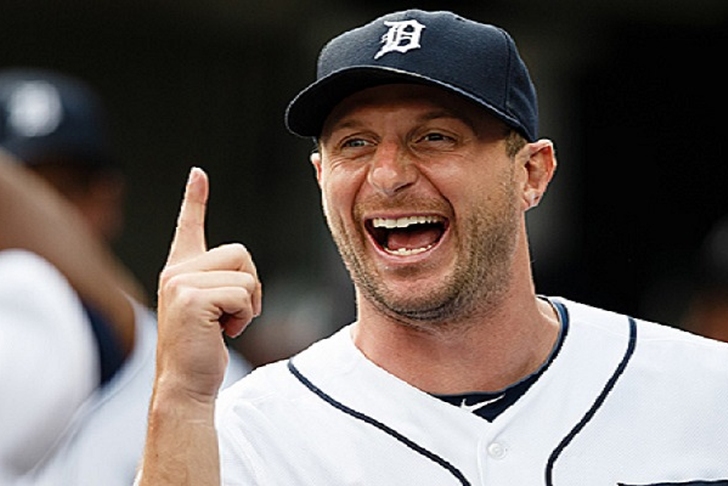 Baseball is a sport in which a single player has a very difficult time winning a game. Great pitchers, like Seattle's Felix Hernandez, often throw outstanding games and lose anyways due to low run support or poor fielding. Prolific sluggers like Jose Bautista of the Blue Jays can hit 50 home runs, but if teammates aren't on base or pitchers can't hold opposing offenses their numbers don't always translate into wins for the team.

Saturday afternoon, Max Scherzer had a rare game in which he carried the Tigers all by himself.

Scherzer wasn't as sharp as fans have seen in previous starts this season, but he took care of the Mets offense for six innings giving up just three hits and four walks. The outstanding part of his start was the 11 strikeouts, resulting from a live fastball and nasty slider that he continually buried low and away to hitters.

On a day when two of his best defenders were out of the lineup, Jim Leyland needed Scherzer to strike some batters out, and the New York hitters struggled to put the ball in play all afternoon.

Surprisingly, Scherzer's standout moment was during the top of the second inning with Matt Harvey on the mound. Detroit had put runners on first and second with nobody out before a popup from Ramon Santiago had Harvey sniffing a way out of the jam. Scherzer, however, ripped a line drive over the shortstop's head for an RBI double. That run proved to be the winning score of the game as the Tigers' bullpen pitched three scoreless innings in relief of their ace to give him his MLB-leading 19th win.

It's ironic that Scherzer provided the offense at the plate, and then bailed out the lack of offense on the mound, because this season the leading American League Cy Young candidate has gotten more support from his teammates than anyone in the league.

Scherzer leads the Majors by a landslide in run support, getting an average of more than seven runs per nine innings. He has also been backed by a pretty solid defense, which is aided by his ability to strike out double-digit batters in any given outing. When a pitcher is 19-1, as Scherzer is, it takes some luck and some help from the rest of the roster; both things he has enjoyed in 2013.

His win in New York was an impressive one, as his double came against fellow All-star starting pitcher Matt Harvey and his slider had Mets hitters coming up empty all game. His night was cut short by a long fifth inning, in which Juan Lagares and Harvey drew full-count walks and drove up Scherzer's pitch count.

The righty's night ended with a bang, when he struck Lagares out swinging and got John Buck to pop up to escape a bases-loaded jam. It was the only real threat of the game for Scherzer, who threw a total of 118 pitches in the game.

Nobody was stunned to see him dominate the Mets hitters on the mound, but his contribution with the bat was just the latest chapter of an historic season for Scherzer. During a season of nothing but success, maybe the double shouldn't have come as such a surprise.

Rack up another win for the future Cy Young winner, and throw in a game-winning hit as well.