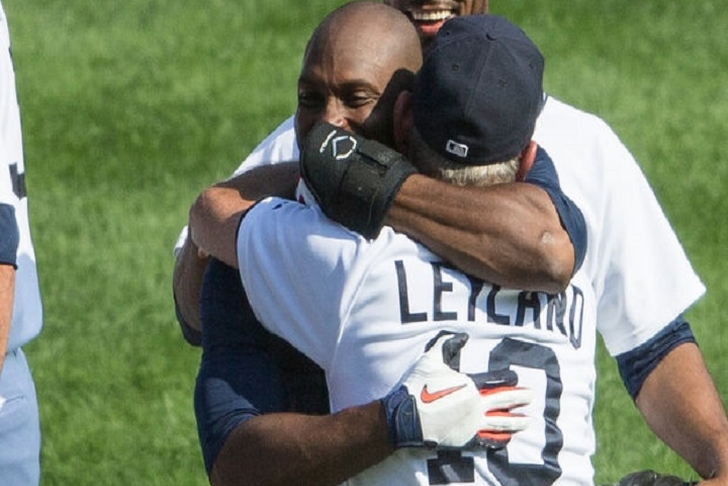 When Torii Hunter sent the final pitch of Thursday night's game over the left center field wall, he ended more than just one baseball game, he ended the worst series the Detroit Tigers have played in 2013.

Detroit came into the four-game series with everything going its way. The Tigers had just swept the Mets in New York and were coming home for a seven-game stretch in Comerica Park as the top home team in the American League. Four of the top pitchers in baseball were lined up to start in the series, as Anibal Sanchez, Justin Verlander, Doug Fister and Max Scherzer looked to continue Detroit's pitching dominance.

In the blink of an eye, the A's came calling and everything fell apart.

All four starters lasted just five innings in the series, and none of them could get into a rhythm against the Oakland offense. A lineup with a slumping Yoenis Cespedes and without Josh Reddick tore apart the Detroit pitching staff to the tune of 34 runs. The Athletics scored two first-inning runs in three of the contests, and  got three in the second inning of the other.

The most glaring issue for Tigers pitching was the inability to stop the bleeding. Oakland set the standard for tack-on runs during these four games, scoring in over half of their

offensive innings (17 out of 33). Oakland's 52 hits in the series had Detroit pitchers working almost exclusively from the stretch, and 1-2-3 innings were a rarity all week.

Brandon Moss lead the charge for the A's, going seven for 14 with four home runs, four walks and 10 RBI. Coco Crisp was pesky out of the leadoff spot, and Alberto Callaspo picked up seven hits as well. The onslaught was unexpected, especially against the best pitching staff in the MLB coming into the series.

Poor pitching wasn't aided with good defense, either, as the contagious sloppy play had the Tigers looking uncharacteristically bad in the field. In game four, Don Kelly threw the ball in from right field with no runners advancing and ended up giving Seth Smith second base by throwing it in the middle of the infield. Smith would move to third on a sac fly and score on a fly ball to shallow left field when Andy Dirks failed to connect with Brayan Pena for what should have been a double play. It was after this inning that the Tigers seemed to hit their lowest point of the series.

Going into the ninth inning of game four, the only thing Detroit fans could be thankful for was the fact that rain halted the second game after just six innings. That merciful weather was the only way the Tigers found to stop Oakland from scoring more and more runs.

However, after so much ugly baseball, in the bottom of the 33rd inning of the series, the Tigers finally made their move.

Impossibly, it was the Athletics who left town with a bad taste in their mouths.

Torii Hunter, who had pinch hit two innings earlier and grounded out on the first pitch to end a rally, sent Oakland home with a loss. Hunter's walk-off three-run blast capped off a four-run ninth off of fireball closer Grant Balfour, and as the first-year Tiger celebrated with his teammates on the field, it was Oakland that sat in the dugout with stunned looks on their faces.

Though they dropped three of the four games, the Tigers actually extended the AL Central lead by 1/2 game over the Indians, who were swept in Atlanta. Both teams are limping into the final head-to-head series in Comerica Park this weekend, unlike the previous matchup when the division rivals were two of the hottest teams in baseball.

If the Tigers were able to play as poorly as they did against Oakland and still salvage one exciting win and extend the division lead, fans have to feel great about their chances to run away with the AL Central during the next month.