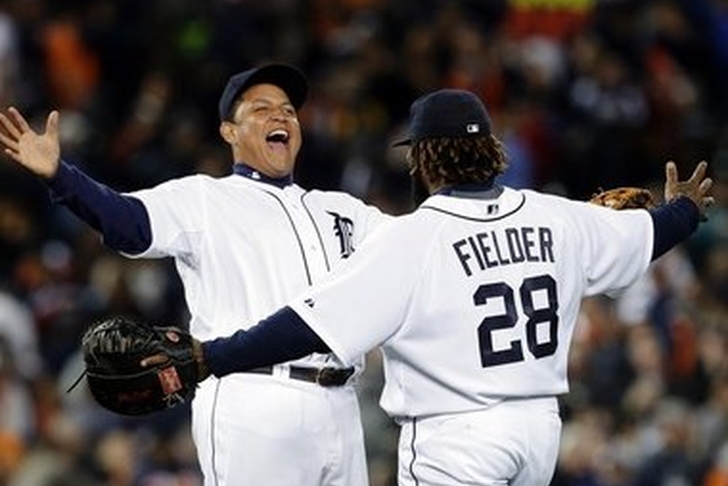 The Detroit Tigers couldn't have had a better couple of weeks. Following the acquisitions of relief pitcher Jose Veras and shortstop Jose Iglesias, the Tigers ripped off an eight-game winning streak during a perfect home stand.

After sweeping the Phillies in a three-game series, the Tigers took both games from the Washington Nationals and handled the reeling White Sox to head into a big four-game series with the Cleveland Indians having won 12 of their last 13 games. The friendly confines of Comerica Park were suffocating to opposing offenses, as Tigers pitching gave up a total of 10 runs, including just two homeruns, in the stretch.

[caption id="attachment_502" align="alignleft" width="150" caption="Doug Fister has been on fire, winning all three of his starts in the second half."]

Following a trend from the past few seasons, Tigers pitching has started the second half of the season looking fresh and revitalized. Doug Fister took full advantage of the break, and looks stronger than he has all season. In his three starts since the All-star game, he has pitched 22 innings and given up only two earned runs en route to three victories. Fister has a history of pitching well in the second half of the season, as he did when the Tigers acquired him in 2011, going 8-1 with a 1.79 ERA in 10 starts.

The only thing keeping Manager Jim Leyland up at night as the calendar turns to August (aside from the PED suspension of Jhonny Peralta and horrifying chain-smoking) is the continuing struggles of Justin Verlander. After he signed an enormous extension with the Tigers, the last thing fans expected to worry about for the next eight years was the ace of the pitching staff. However, with just over 50 games remaining in the season, Max Scherzer is the runaway front-runner for the Cy Young, Anibal Sanchez and Fister have become two of the steadiest pitchers in the AL and Rick Porcello has strung together six straight quality starts. Verlander, unbelievably, has become the odd-man out.

[caption id="attachment_503" align="alignright" width="300" caption="Justin Verlander only gave up one run, but walked five batters in his only start of the home stand."]

The 2013 Verlander couldn't be more different than the MVP-caliber pitcher of the past two seasons. At his best, Verlander's most admirable skill was the way he got out of trouble without breaking a sweat. With runners in scoring position and less than two outs, the Virginia-native would simply refocus and induce weak ground balls or make major league hitters look foolish with his 100-mph fastball and nasty 12-6 curveball.

This season, the fastball has topped out closer to 96 mph while leaking out over the heart of the plate much more often. As a result, teams have put together rallies that seemingly come from nowhere, and in the blink of an eye, Verlander gives up four straight hits in an inning. The inability to end rallies without damage and put hitters away quickly has driven up Verlander's pitch count and shortened outings even when the righty seems to have his good stuff back.

Though this Justin Verlander is foreign to Tigers fans, if he could get back to form it would give the pitching staff the best four-man combination in the MLB.

It's hard to worry too much about one player while the rest of the team seems to be at the top of their game. Fans at Comerica Park also got their first good look at the new players this past week. Jose Veras got 10 outs for his new team and allowed only one runner to reach base. His two innings in the Tigers' extra-inning win in the final game of the streak proved he is a big-time arm in the back of the bullpen that can get meaningful outs in close games.

Jose Iglesias drove in two runs in his first three games in Detroit, including a no-doubt solo homerun to left field. Even during his 0-5 performance, Iglesias showed why Dave Dombrowski was willing to part with outfield prospect Avisail Garcia to acquire the shortstop, by putting on a show with his glove at third base while filling in for injured Miguel Cabrera.

Cabrera started only three of the eight games on the home stand, which makes the perfect sweep even more impressive. The hip and abdominal injuries that continue to sideline the triple crown winner are seemingly related and are lingering. The Tigers have been cautious, as the main priority is for Cabrera to be healthy in September and October. The slugger did come up with a big leadoff single that sent the crowd into a frenzy in the 12th inning of the final game against the White Sox. After coming in to pinch hit, Cabrera muscled a ball up the middle and was replaced by a pinch runner. That runner (Matt Tuiasosopo) came around to score the winning run.

Even after this perfect home stretch, the Tigers  haven't been able to stretch their lead in the AL Central. The Indians have won 10 of their last 11 games and host the big four-game series with the Tigers that starts Monday night. The Kansas City Royals proved they still have their sights set on the 2013 postseason by trading for talented outfielder Justin Maxwell. They took two games from the Tigers immediately after the All-star break and have won 11 of their last 12.

Although the AL Central has been considered the weakest division in the American League the last few seasons, the recent hot streaks have put the Tigers back into contention for the top seed in the playoffs and the Indians into a wildcard slot.

The pesky Cleveland squad is surely far from satisfied with its current standing and will provide a tough task for the Tigers in an enormous four-game series this week. It's fitting that both teams are playing their best baseball of the season right now, because the next four days may determine whether the surprise contenders are really here to stay.