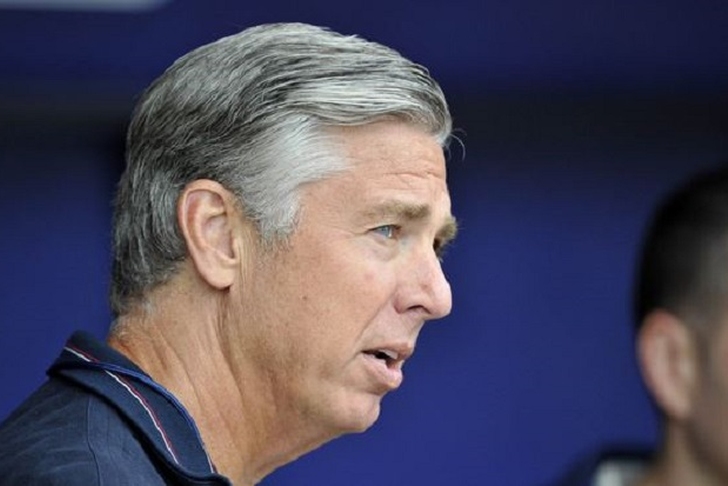 Being a Tigers fan in the offseason has never been boring under General Manager Dave Dombrowski. Trades, signings and extensions have improved the team nearly every season as Detroit searches for that elusive first World Series crown since 1984.

Last year, Dombrowski added veteran outfielder Torii Hunter early in the offseason, but so far the winter has been much busier in 2013. Here are the grades for Dombrowski’s major 2013 moves.

Detroit will undoubtedly miss the 106 RBI that Fielder gave the offense, and Miguel Cabrera will have to adjust to losing the massive power threat hitting behind him, but the truth of the matter is that the big lefty wasn’t doing enough.

Fielder was playing at an all-star level, but with a contract of $214M, the Tigers needed more from him. His room for error was very small because of his top-five contract (based on total money), so failing to hit in two straight postseasons was a one-way ticket out of the Motor City.

He was also reportedly becoming a problem in the locker room. Though his friendship with Cabrera appeared to be one of the strongest on the team, his attitude worsened after the divorce from his wife mid-season.

When the Tigers were offered an opportunity to unload the remaining seven years of that already worsening contract, they had no choice but to jump on it. Sending Fielder away opened up the payroll for the 2014 season and beyond.

In return, Detroit received an all-star second baseman with a hard-nosed, win-at-all-costs mentality. Kinsler helped the team improve in the one area it really lacked: athleticism. The 31-year old brings a spark of energy on the base paths that Detroit hasn’t seen since Curtis Granderson was traded to the Yankees.

The main goal of this deal was to give flexibility to the payroll, but Dombrowski worked his magic and brought in a top-notch second baseman as well.

Fans were up in arms when fan-favorite Fister was traded away. He was one of the best number four pitchers in the MLB and gave the Tigers the rotational depth that led them to three straight ALCS appearances.

The returns from Washington did little but fill a few needs. Lombardozzi gave Detroit its next Ramon Santiago, while Krol fills a much-needed bullpen role as a left-hander. Ray will likely play in Toledo as a young lefty with some upside.

Dombrowski worked this deal for two bigger reasons than acquiring a few role players. He wanted to free up more cash to make future moves and make room for Drew Smyly in the starting rotation.

Smyly has been blocked by a loaded rotation since losing the fifth starter battle to Rick Porcello in spring training last season. Detroit believes the lefty has tremendous potential as a starter and wanted to fit him into the mix in 2014.

This trade also seemingly set the table financially for the Tigers to fill a vacant closer spot.

After years of both Todd Jones and Jose Valverde, Tigers fans were hoping 2013 would be the year in which the 9th inning was quick and easy.

However, after rookie Bruce Rondon failed to make the team out of spring training, Valverde got a lackluster encore and Joaquin Benoit left his comfortable 8th inning role, things seemed to be going down the same rocky road.

Surprisingly, Benoit settled into the closer’s role nicely, converting 24 of 26 saves on the season. He struggled in the playoffs, though, and looked shaky during successful outings late in the year.

Dombrowski fixed this problem by bringing in the best option on the market: long-time Tiger-killer Joe Nathan.

Nathan, who saw the Tigers often during his days as a Minnesota Twin, has appeared in the all-star game for the American League the past two seasons, even picking up the save in 2013.

The 39-year old veteran is a low-risk signing as he has been extremely consistent during his 14 MLB seasons, boasting six all-star appearances and over 300 career saves. Detroit filled perhaps its biggest hole with the best available option in signing Nathan.

Though many Tigers fans were calling for Dombrowski to overpay for free agent outfielder Shin-Soo Choo, he continued his 2013 offseason trend of going with a financially-safer option by signing Davis to platoon with Andy Dirks in left field.

Dirks is coming off of a difficult season in which he lost the support of many fans, hitting just .256, and Dombrowski is hoping

Davis, on the other hand, gives the Tigers a different look from the right side of the plate. He stole 45 bags playing part-time in left field for Toronto last season and Detroit hopes he can do much of the same during the upcoming campaign.

The Dirks-Davis combination in left field gives the Tigers plenty of upside without committing long term to a major free agent.

Chamberlain’s signing has triggered backlash among fans in Detroit that look at his career-worst 4.93 ERA in 2013.

The truth of the matter is the Tigers have to fill a reeling bullpen, and this signing was extremely cheap considering the

possible upside that a change of location could have for the reliever.

Chamberlain struggled to regain his rookie form in New York after the Yankees attempted to move him into the starting rotation in 2008-09.

The best case scenario would be for the fireballer to return to some semblance of his old form. If not, the Tigers will have a middle-of-the-pack bullpen arm that didn’t cost much.

It’s hard to criticize a signing that has such little risk.

Detroit has taken a much different approach to the 2013 offseason. Manager Brad Ausmus already has enough talent to make a run at the World Series, so Dombrowski has focused on adding roster flexibility, defense and athleticism.

In all three regards, the team has vastly improved. Much of the lineup will be more than station-to-station on the base paths like the last few seasons, and there is one less high-risk contract to worry about as negotiations about extending contracts with Max Scherzer and Cabrera continue.

The team will go into 2014 with much the same look as last season, but more of a well-rounded feel. Dombrowski may make more changes before spring training, but the man has had another productive offseason in Detroit thus far.