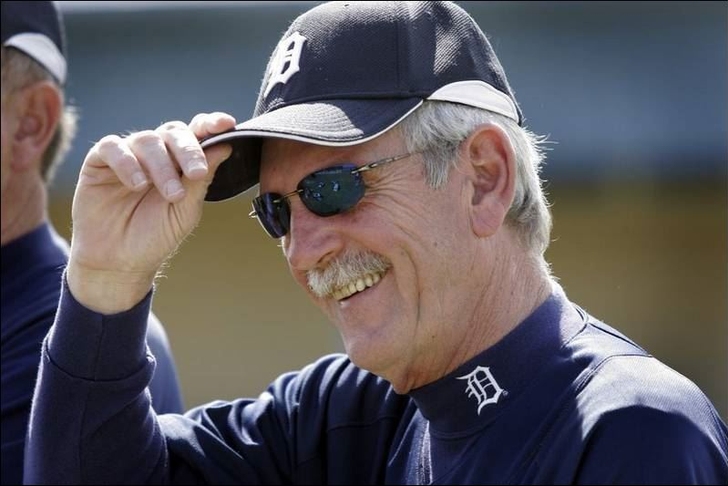 After eight seasons as manager of the Detroit Tigers, Jim Leyland announced today that he'll be stepping down. While Leyland will stay with the organization in another role, the Tigers will need to look elsewhere to find a manager who can build on this year's ALCS appearance.

Brookens spent ten seasons with the Tigers as a player (winning a World Series with them in '84), and has spent the last five years as a third-base coach with the organization. He's been seen as Leyland's heir apparent for some time now, and has to be considered one of the favorites to get the job.

McClendon has been a hitting coach with the Tigers since Leyland joined the organization in 2006. He's been a versatile contributor in that time, filling in as a bullpen coach, unofficial bench coach and even taking the reins whenever Leyland was ejected from games. He and Brookens will be the top choices if the Tigers elect to promote from within.

With over 3,000 games managed over a 20-year career, Baker is one of the most experienced candidates out there. While Tigers fans might not jump at an old-school manager known for wearing out pitchers, Baker is a safe option who has taken much less impressive rosters to the World Series in the past.

Detroit's manager before Leyland took over, Trammell never had the opportunity to work with the kind of talent Leyland has. He took over when the team was down in the dumps (they lost 119 games in his first season), and was let go after he failed to improve on a 72-90 turnaround the next year. Trammell was nearly selected as manager of the Cubs in 2010, and has been with the Arizona Diamondbacks as a bench coach for a few years now.

Stay tuned to Chat Sports for the most complete coverage of all your favorite teams. Sign up today to revolutionize your sports experience!