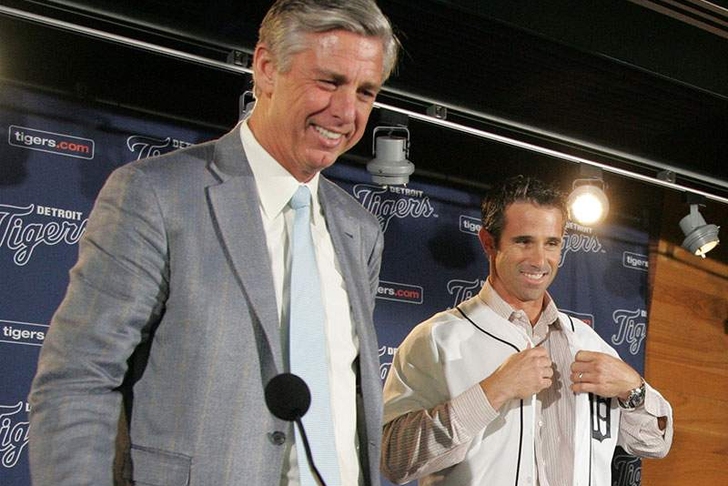 In an attempt to deflect some of the media criticism surrounding his team's recent slide out of first place in the AL Central, Detroit Tigers manager Brad Ausmus attempted to use a joke to lighten the mood with reporters after the team's third-straight loss to the surging Kansas City Royals.

However, his choice of "joke" (via George Sipple of the Detroit Free Press) wasn't funny at all:

Ausmus was asked how he deals with the losing when he goes home: "I beat my wife." Obviously was joking and he later apologized.

Ausmus: "I didn't want to make light of battered women. I apologize for that if it offended anyone."

Perhaps too late on that one, Brad.