4 Reasons Why The Detroit Tigers Can Win The World Series 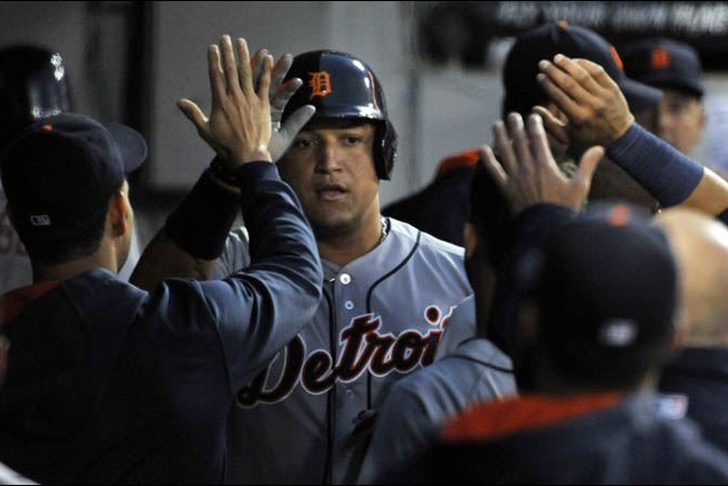 The Detroit Tigers have won four straight AL Central titles, but they were swept by the Baltimore Orioles in the ALDS and lost star pitcher Max Scherzer to the Washington Nationals. Detroit is still expected to make a return to the postseason – here are four reasons why they can win the World Series:

4) Justin Verlander will have a bounce back year

Verlander's season hasn't gotten off to a good start as he's headed to the DL with a triceps injury, but that won't dictate how his season goes. He went just 15-12 last year with a 4.54 ERA, which is a far cry from the guy the Tigers expect and need him to be. His strikeout rate was the lowest since his rookie year and his velocity decreased – something he can only do so much to get back. However, he was coming off of core muscle surgery and analytics suggest his numbers should've been much better, and that usually means he'll have a bounce back year.

Despite Detroit's high-priced rotation, they sometimes fell apart late in games because of their shaky bullpen. The Tigers spent a lot of money this offseason to improve that bullpen, adding eight pitchers. Bruce Rondon will also be back from Tommy John surgery that caused him to miss all of the 2014 season, giving Detroit a big boost.

Scherzer leaving for the Nationals will hurt Detroit's rotation, but this will also be their first full season with David Price, who they acquired at the trade deadline in 2014. Both players posted similar ERAs last season, but Price has been more durable throughout his career, giving the Tigers a much-needed starter they can rely on.

Detroit brought in slugger Yoenis Cespedes to town in the offseason, adding him to a lineup that already includes stars Miguel Cabrera and Victor Martinez. The heart of their batting order will be as good as any in the majors, and that should power them to a long postseason run.

Follow our Detroit Tigers team page for all of the latest Tigers news and rumors!