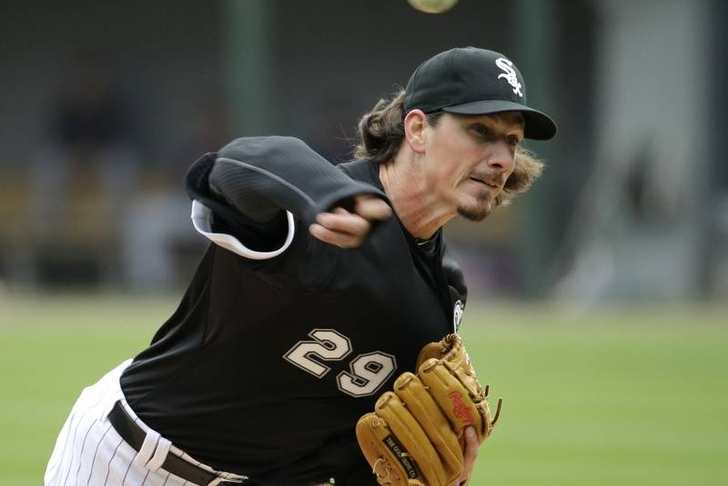 The Detroit Tigers have been hovering around .500 all season, and are looking for that missing piece at the trade deadline to help them make the postseason. Here are three rumors you need to know:

Detroit unlikely to be sellers at the trade dealine

Some have thrown around the idea of the Tigers becoming sellers at the trade deadline after Miguel Cabrera's injury, but manager Brad Ausmus insisted that wouldn't be the case. Cabrera will be out for six weeks with a calf injury.

The White Sox could be interested in trading Samardzija at the trade deadline, and according to the Boston Globe's Nick Cafardo, the Tigers are one of at least three teams that have already inquired about him:

There’s always so much debate on where [Samardzija] fits on a pitching staff. He’s not a No. 1 and he’s not having the best of seasons, yet he’s one of the more discussed and desirable pitchers on the trade market. Kansas City, Houston, Detroit, and others are in on him. Scouts are constantly at his games so he may be the first starting pitcher moved ahead of the trading deadline.

The Tigers are also looking at other options if they can't land Samardzija, and they've been heavily scouting the Miami Marlins' rotation, according to Fox Sports' Jon Morosi.